“the consequences are severe in many cases — for residents as well as the economy. … budget difficulties have led at least 41 states to reduce services to their residents, including their most vulnerable families and individuals. An Update on State Budget Cuts

72% of Americans say they cut back on time spent volunteering, participating in groups, and doing other civic activities in the past year while the economy was free-falling. America’s Civic Health Index 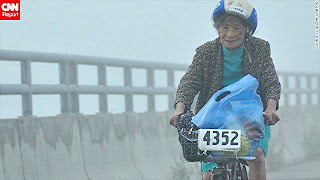 “there is a silver lining, a ray of hope, a demonstration of America’s good heart … more personal forms of participation that often go unnoticed. … every bit as critical as activities such as charity walks and volunteering.

Interestingly, people with the least means are giving the most. In the past year:

Yes, the recession affects everyone. However those most vulnerable are affected exponentially.

What’s in your heart?


Then in a volcanic explosion of decibels she shouts, “You’re a goober!” before dissolving into laughter.

Now a neurologist would charge you big bucks to tell you which Greek words apply above, dysarthrias, dysphasia, aphasia, dysphonia, or dysphagia.

I simply thanked Patti on the part of myself and everyone within hearing range.

What exactly is a goober? “How the f@ck should I know?” Patti offered.

MS Speech problems swing both ways, frustrating for the speaker, confusing for the listener.

MS Speech problems are all about short circuiting from myelin damage. Fatigue can affect and intermittent nature can make everyone nuts

People diagnosed with MS do not wear signs so ‘inquiring minds’ react from speculation to assumption as to why speech is challenged.

Listener assumptions can be as much of the problem as the speech challenges.

Slurred speech was the first speech symptom to appear in our story. Patti was ‘encouraged’ to go home from work one day decades ago in the dawn of living with Multiple Sclerosis as coworkers ‘assumed’ she was drunk. 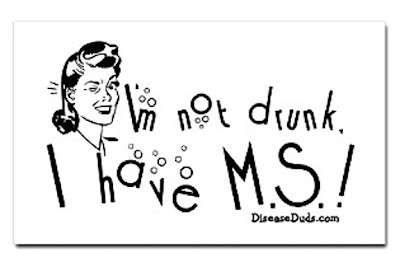 Scanning speech / Long Pauses Do not ‘assume’ that someone has trouble understanding what you are saying or cannot find ‘the words’. This is about challenges with the physical process of speech.

Volume is particularly challenging for Patti. Appropriate levels can get interesting to say the least. (a church moment)

MS related Emotional Lability plus Pseudobulbar Affect equals excessive emotional response plus anything might be said in any given situation. Patti for example becomes a ‘laugher’ at funerals.

Living with Multiple Sclerosis and MS caregiving can get overwhelming.

In my last entry (What if I’m not the legal caretaker?) one family’s story went tragically wrong.

Richie a MS caregiver blogging from the Netherlands, “A Place To Scream” commented

“sadly I can see how an individual gets overwhelmed … it is a hard life as a care giver and is more than one sad boy could manage- we need caring communities not over burdened individuals.”

Richie, you must have some powerful international mojo because yesterday I received a call from National Multiple Sclerosis Society - Central Pennsylvania Chapter about arranging a day of caring for Patti. Volunteers come to the home for a day of yard work, chores, etc.

“What a difference a day makes” program was debuted a month ago assisting Jay Megonnell in living with MS. United Way of the Capital Region-“Day Of Caring”

With Patti’s MS progression requiring residence in 24/7 assisted care this program is not for us. Yet it could be a godsend for so many living with MS and their caregivers.

If reading this through Patriot News bloglink or living in Central Pennsylvania Chapter area, call 1-800-227-2108, ask for Susan for information.

Pondering ‘caring communities’ and tinkering with Google Analytics I was stunned at the past month's readership of Caregivingly Yours. 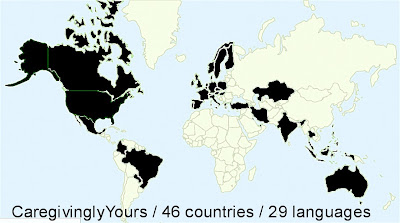 Wow, I can still remember trying to create my first entry and wondering if anyone would even read or care.

I believe there are more caring people out there than it may seem.

'How to help' can be more of an obstacle than 'why'.

What can friends do to help someone who is a caregiver? (Pt 1)

What can friends do to help someone who is a caregiver? (Pt 2)

What can friends do to help someone who is a caregiver? (Pt 3)

Calling ahead to Patti’s care facility, multiple aides with lifts kindly got Patti ready, changing and dressing her in outdoor clothing. Arriving with our wheelchair accessible van in addition to zipping Patti up in a winter coat, I pulled on a pair of leggings over Patti’s pants. A walking moving person generates more body heat than those who are wheelchair confined.

Being over 21, we added some Zombie Zinfandel to Patti’s wheelchair back pack.

At first it was like attending the parade with one of the two grumpy old men heckling muppets, as Patti intermittently shouted back expletives at cheering marchers.

The toll of MS progression on the brain may explain some of this.Previously discussed in:

cursing and swearing and Multiple Sclerosis, oh my

Fortunately once settled down or the Zombie Zin taking affect, Patti got into the festive spirit. 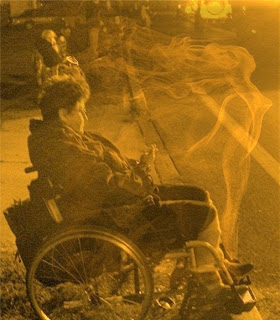 Our favorite part was costumed pets. What were their owners thinking? The piece de resistance was a Labrador costumed as a cow. You would think a faux cow doggie blanket and cow horns would be enough humiliation. Not so, below the dog hung a rubber cow udder. … Slinking along the parade perimeter with its head down in shame, the dog came over to Patti, laid its head on her lap, looked up at her with the saddest dog/cow eyes you have ever seen, and just drooled.

When we stopped laughing we agreed that was one dog that would need some serious therapy after the parade.

Fatigue is somewhat exponential with Multiple Sclerosis. And while the evening may have been short by most standards we packed it with good times, laughter, and a small town celebration of being alive and out.


Above all living with Multiple Sclerosis is about ‘living’.

Cannabis use has been around since the Stone Age (no pun intended) for everything from fiber to recreation to spiritual to medicinal purposes.

So why in this 21st Century when people who are suffering reach out for pain relief and help are governments acting so inconsistently.

Canada, Austria, Germany, the Netherlands, Spain, Israel, Finland, and Portugal are among nations that use cannabis in medicine.

Here in the United States, almost a quarter of the population live in States that have approved medical use of marijuana, but the Federal government interferes and denies by bullying. What ever happened to States rights much less ‘we the people’ caring?

“it is the opinion of the National Multiple Sclerosis Society's Medical Advisory Board that there are currently insufficient data to recommend marijuana or its derivatives …” NMSS: Marijuana (Cannabis)


On the other hand with their heads in peaking fall foliage, out of Maine comes this story.

“Since 1999, 23 studies have appeared in peer-reviewed journals demonstrating the efficacy of marijuana as a treatment … Without a doubt, this is a medicine that can greatly improve the quality of life of extremely sick people.” Qualified patients need safe way to obtain medical marijuana

“This is a totally new approach to treating this disease, ... These cannabinoids hold enormous potential …”

Should a political border determine who has access to what pain relief? … In 1995 Health Canada approved the prescription use of Sativex® a cannabinoid oral spray for the treatment of MS-associated pain.

Recently a dear friend with both RN and PhD following her name asked me to share a site, Patients Out Of Time Cannabis As Medicine.

"...This memorandum provides clarification and guidance to federal prosecutors ... pursuit ... should not focus federal resources in your States on individuals whose actions are in clear and unambiguous compliance with existing state laws providing for the medical use of marijuana...."

If you or I sold something that was not what it was supposed to be, what would happen to us?

Yet for players in the Multiple Sclerosis stock market, money can be made win, loose or draw.

It makes you wonder …

“… Acorda has had operating losses since inception … In order to sustain operations beyond 2010, Acorda sold overseas rights to Fampridine SR to Biogen Idec Inc. in July of this year and received an upfront payment of $110 million …” (Will Acorda Walk The Talk?)

Today it seems to be abandon ship:

Does it seem to anyone else that too much Multiple Sclerosis news is reported by the financial media?

Germany not only ranks 4th in readership of this journal but is part of our story of living with Multiple Sclerosis (Multiple Sklerose).

In the early 1990’s Patti was treated at the Nieper Clinic in Hannover, Germany.

Alternative vs traditional treatments for Multiple Sclerosis are always debatable. Yet the only point of view that mattered was that Patti left the US in a wheelchair and returned from Germany walking.

Later in the 1990’s it was a pioneering trial in Germany of Avonex for progressive type Multiple Sclerosis that led to Patti’s approval by her medical insurance to try Avonex.

Eventually no better or worse than anything else, conventional or alternative, medical insurance pulled the plug on Avonex payments as MS progressed.

In the bigger picture … While we are suddenly yelling at each other over health care reform, Germany has lived health care reform on an epic scale beginning with German Unity in 1990. Their answers may not be ours, but they have done a lot more than talk. Spending on health care consumes 10% of Germany’s gross domestic product contrasted to 16% in the US.

From the Philadelphia Inquirer:

“I was in an American hospital's emergency room only once, … the first thing asked by the hospital staff wasn't how he was doing. It was how he intended to pay.

For me, as a German, this was a culture shock.”

Multiple Sclerosis is a world wide challenge and no one country has a lock on solutions. Hope is always about looking outside your box.

In this technology age, to reminisce is only a click away.

Mix intermittent pain with Multiple Sclerosis related memory loss and mental confusion and you get a genuine whodunit or better yet, whatdunit.

Two weekends ago, a week in the life of caregiving, I mentioned intermittent pain in Patti’s left arm.

Examination of the arm by nursing staff and physical therapist found no range of motion problems nor did Patti report any pain.

As an advocate you must do more than monitor a ‘whatdunit’. You must inject yourself IN the mystery.

Whenever I put her jacket on or off, I did so at the nurses’ station so any and all ‘intermittent’ incidents of pain were witnessed and logged.

When Patti’s physician visited she attempted to replicate the problem with no success. Fortunately, there was a file of witnessed episodes, and X-rays were ordered.

No fractures were found, though the x-ray analysis somewhat distractingly reported evidence of osteoporosis.

When a patient is unable to direct their own medical care the ‘advocate’ must help keep the focus.

Patti was next referred to an orthopedic specialist.

To ensure communication I transported and accompanied Patti to her appointment. Her examination revealed nothing nor did Patti complain of any pain.

Before tearing my hair out, I suggested a demonstration … Patti yelped and grabbed her arm as soon as I slid on the left arm of her jacket.

Re-focusing his examination on where she grabbed her arm …


… he found a tender “extension mass” in her left elbow.

Extension injuries, we learned, are not uncommon to elbows and wrists for people in wheelchairs.

As for osteoporosis, he did NOT agree with the portable x-ray analysis.

As for Patti all she wanted after that appointment was a ciggie, ‘analgesics’, and a mid-day nap.