the curious case of a lawnmower on Mars

Sometimes even after nearly a quarter century I still find myself sitting at the same table with other people but as a MS Spouse Caregiver my chair seems to be in a parallel universe.

I stared speechless as people with mounting enthusiasm babbled on over the ‘how and what’ of NASA landing some new lawnmower on Mars.

Not just any lawnmower but a $2.6 billion dollar mower named Curiosity. Well the only 'curiosity' germane to the conversation IMHO was here Patti was sitting in a wheelchair because of a disease she has had since 1985 named Multiple Sclerosis.

I was told NASA people are a different kind of scientist, they couldn’t cure a disease if it fell on them. OK then what about the wheelchair that has not basically been redesigned in almost 100 years. If I wanted to send it to Mars they certainly could improve it; however they do not perform science on earth.

Anyway more money, $5 billion a month or so, is wasted in Afghanistan far more than the $2.6 billion NASA wasted on Mars. Go harass the military industrial complex. Fine with me, we have no business occupying either place. So now I basically have $62.6 billion for a year (minus unemployment for space workers and some graft for politicians) left to spend on curing MS. Works for me!

Of course that’s my problem I’m stuck in this parallel universe. In the other universe, the real one, since Sylvia Lawry founded NMSS in 1946 after 70 years of fundraising they have managed to raise and invested only $600 million in research and have no cure to show for it. (Wow, that’s less than 1% of the pile of money in my universe).

Before you say I’m being greedy about MS (a rare disease) and am not thinking about the future of everyone. … I have considered what our bright young people might aspire to if we stop invading Mars and Afghanistan. - OMG they might aspire to cure disease on earth!!!!

I for one would gladly start with just one cured disease over all the lawnmowers on Mars.

young lady with a parasol 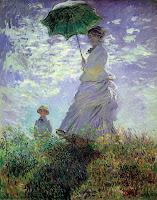 Pushing Patti and her wheelchair around a park near her care facility yesterday we both stared as a 20 something young lady with a sun parasol strolled by us.

It felt like two eras of time passing each other, it was kind of cool.

With a few days of rare Fall weather in late August I could actually include Patti in my training for Free To Breath Lung Cancer 5K Run/Walk Harrisburg this Saturday. Believe me after years of MS Walks it is certainly weird to be involved in an event about my own health.

Monday while cool temperatures was unfortunately rainy so training adjourned to that indoor park, Walmart. Tuesday was a stunningly gorgeous sunny and Multiple Sclerosis friendly afternoon.

Our outing/training even had it’s own unique version of the Boston Marathon’s Heartbreak Hill as the sidewalk from park back to Patti’s care facility is a block straight up pushing an occupied wheelchair  … the only way to finish!

more caring and the culinary arts

This abnormally Multiple Sclerosis unfriendly hot summer has kept ‘outings’ from Patti’s care facility indoors and while trying to make the best of the situation has in part driven my recent experiments with caring and the culinary arts.

In turn I have been reinvigorated to rejoin the teamwork involved in feeding Patti at her care facility, increasing my visits during dinner and help with feeding. Which by the way are never boring. Just last night Patti practically jumped out of her chair when startled by a spoonful of jiggling jello. "That (blankety-blank) was wobbling right in front of my face. It startled me!"  Now laughing and trying to feed her, believe me that jello was doing a whole lot more jiggling.

Bottom line it’s been a refresher course in Patti’s abilities or lack thereof. Which raised the question – was finger food as a function of adaptive self-feeding really ever given much consideration in developing Patti’s care plan?

Anyway I was thrilled to learn that both occupational therapy and speech therapy staff have decided to reevaluate Patti and depending, possibly start to work with Patti again on adaptive self-feeding, in particular finger-food.

Chatting with the therapists was a treat and sharing my experiments on visits at home on caring and the culinary arts and my conclusions is what the teamwork of the care facility is all about.

Eating must be first and foremost safe with Patti's level of MS progression regardless of who is preparing her meal and feeding her. Evaluating and testing an ability and an idea is critical. As any long term caregiver knows there are endless ‘tricks of the trade’ that work just fine one-on-one for you but often do not translate.

Previously I shared in warts and all picture of living with Multiple Sclerosis about an email and UK description of Caregivingly Yours.

Actually that email was all about 18 Outstanding Family Care Resources of which Caregivingly Yours was voted one.

Yes it is a portal sponsored by KwikMed however none of the selected blogs have any relationship. In fact I discovered some new caregiving sites while surfing through my fellow 18.

Normally I might feel slighted about being number 18 out of 18 except that I prefer that number, it is my birth date! And the higher ranked are websites staffed by more than just little ol' me.

Since my own diagnosis of lung cancer I have found searching and/or surfing the Internet increasingly cluttered and noisy. Personally I appreciate it whenever I stumble on such portals as these where someone has bothered to not only check out and confirm that blogs or web sites are even active much filtered for quality of content.

Also IMHO these are an interesting collection of web sites/blogs raging in appeal to the age of caregiver from young to senior and the nature of care from home care to facility care and frankly a unique and wider view of care from both us USA 'caregivers' to our fellow 'carers' across both the pond.

warts and all picture of living with Multiple Sclerosis

This morning I got one of those emails about “I am pleased to inform you that Caregivingly Yours, has been recognised for excellence …”

Anyway this is less about patting myself on the back or anything but more about George Bernard Shaw’s quote, “England and America are two countries separated by a common language.”

The spelling of ‘recognised’ which I have to fight with Microsoft Word spell check to keep was the giveaway, however  opening the email was an absolute treasure as there was a British description of my blog.

“A personal journal following the experiences of the spouse of an MS sufferer and their move from home-care to a care-facility. The blog is updated regularly and the author prides himself on presenting a ‘warts and all’ picture of living with MS.”

While “MS sufferer” is an uncommon use in America, it is ‘spot on’ for many. However, I absolutely love the description of me priding myself on presenting a “warts and all” picture of living with MS.

I liked it so much I added it to my blog header. J God Save the Queen!

With such recent success at home caring and the culinary arts, I thought I would drop in for a surprise visit with the ‘feeding professionals’ at Patti’s care facility Friday and help them feeding Patti dinner.

Passing Patti’s nurses’ station they greeted me and said they had seen Patti go by earlier to the dining room. Entering the assisted dining room, the staff greeted me with “Isn’t Patti with you?”

Having the overview of timetable and Patti’s abilities I know she has not left the building so I dust off my french accent and my impression of Agatha Christie's fictional detective Hecule Peroit and begin my detective work.

Retracing my investigation to her room, courtyard, social and meeting rooms along the way interrogating all the usual suspects I locate Patti in the lobby. 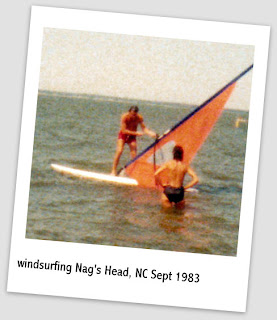 Patti just happily sitting there in 'her now' is startled by my, “Aha! Mon ami – What are you doing here?”

She not only wants to know why am I talking like Pepe Le Pew but throws her parents under the bus, claiming they were just playing Trivial Pursuit with her and left her there.

I continue, “Excuse me! My accent is clearly Hecule Peroit and not Pepe Le Pew and your parents have not been here today. Therefore mon ami you are guilty of zee Multiple Sclerosis - your memory sucks!!!”

Now Patti is laughing too hard to talk, so I push her to the dining room.

Settling her in, getting her tray and sitting down next to her while waving off offers to help from staff  I can appreciate the impossibility of trying to extend self-feeding for any one resident in a facility setting where you have to prepare meals for many.

I fed her spoonful by spoonful a dinner of minced steak, mashed potatoes, and succotash with carrot cake for dessert along with ginger ale, apple/grape juice, and decaf coffee for beverages. Sampling each for myself it was quite good, or “bangin’” as Patti chose to describe dinner.

Yep, our current version of TGIF.

Some mornings surfing through the news over a cup of coffee I am struck by the imbalance of Multiple Sclerosis awareness, at least to me, … even a recent comment to this blog raised this paradox in social media of what do we know about severe MS unless the caregiver speaks out.

Screaming from magazine racks in convenience stores and grocery store checkout aisles the world learned in late June that an old classic rocker’s son was recently diagnosed with MS and his Mom “won’t let my son die”.

Yet how many noticed a MS Survivor Celebrates 70th Birthday in the headlines of the Daily Local News of Chester County, Pennsylvania.

“For the past 47 years, Frederick Ray Jr. has been nothing but an inspiration to his family and friends. Diagnosed with multiple sclerosis in 1965, Ray celebrated his 70th birthday Sunday at the West Chester Senior Center, a testament to perseverance and triumph against all odds…”

I also can’t help but wonder if it’s because he like my wife is both in a wheelchair and a care facility that the milestone gets no mention by local MS organizations.

Then over on the left coast I read in the Sacramento Press of the closing run of a play, Voice of Good Hope in its Final Run about the life and times of US Congresswoman Barbara Jordan (1936-1996), who at the highest levels of power and riveting oratory on the National stage concealed her MS.

Jordan began to experience MS symptoms in 1973 …eventually requiring a wheelchair. She kept the state of her health out of the press so well that … President Bill Clinton stated that he wanted to nominate Jordan for the United States Supreme Court, but Jordan's health problems prevented him.

“Cruel physical decline” is how theatre critics describe the portrayal of Multiple Sclerosis.

So back to the original thought unless a caregiver, or playwright, speaks up what do we know about those with severe symptoms of MS?


“…People writing songs that voices never share
And no one dared
Disturb the sound of silence …”
Sounds Of Silence by Simon & Garfunkel
Patrick Leer
BLOGS: